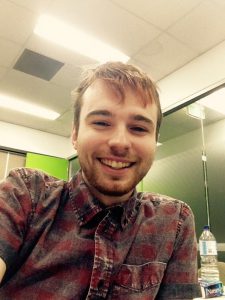 Hey! I’m Reece. I was in a car accident in 2007 and have since had an ABI. The injury has since had quite the impact on my life, both positive and negative.

Let’s start with the negative. I suffer from fatigue and have difficulty with concentration; I find it difficult to process new information or too much information.

Now for some positivity. I have attended Heads Together for ABI camps since 2007 and have been volunteering at the camps since 2014. I finished year 12 in 2011 and I am currently studying nursing which i have almost completed.

Children have strokes too!

Tom’s Story – Life before and after a severe brain Injury

Taylor – Living with an ABI

If this sounds like you.....Apply Now! For more i

Exciting times peeps. Vic is finally opening up a

Shout Out to our Teacher Heroes - So great to have

Even though we're excited about new freedoms, we a

This was shared by one of our wonderful community

Heads Together is all about generosity and looking

This week has been all about education at HT, laun

Don't miss out on an exciting opportunity to make

Please check out our job listed on Ethical Jobs. h

During September, the Heads Together staff team to

Worth a watch! Thanks to our friend @calebrixon fo

What a day to celebrate! We challenge you to take

Nobody is denying it, the worlds longest lockdown

The Heads Together community know all too well tha

We know better than to take sides on very importan

Our friends at Association for Children with a Dis